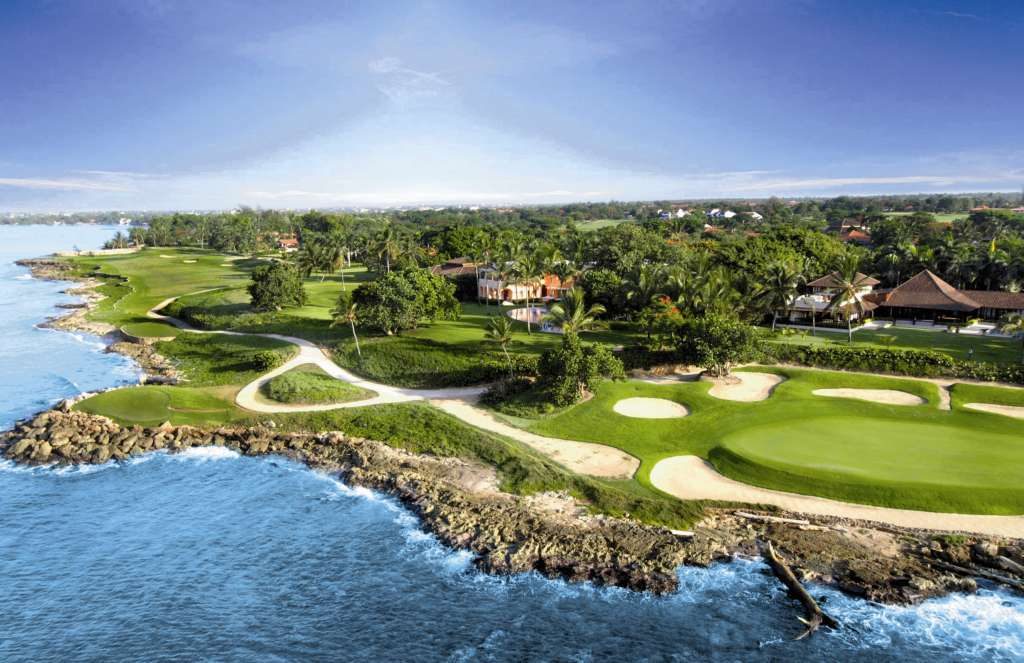 LA ROMANA, D.R. (April 13, 2016)- Casa de Campo Resort & Villas will once again host the Dominican Republic Open golf tournament from May 8-14, 2016, bringing some of the region’s best players to one of the region’s most highly regarded golf venues.

This international golf tournament, now in its seventh year, is part of the PGA Tour Latino America and will be played this year at the world-renowned Teeth of the Dog golf course. Designed by Pete Dye and built in the early 1970s, Teeth of the Dog is meticulously hand-carved from the rugged rock and coral of the Dominican coastline, and has earned its reputation as a hard-fought and challenging course.

Robert Birtel, director of golf operations for Casa de Campo, commented, “We are very pleased to once again host this remarkable event. Casa de Campo is recognized as the top golf resort in Latin America with three of the best golf courses in the region, therefore there’s no better place to determine a Dominican champion.”

The tournament will include 144 participating players representing 17 different countries from around the world to compete for a prize of US $175,000.

A Pete Dye signature course, Teeth of the Dog is the #1 ranked golf course in Latin America and #39 in the world by Golf Magazine. The course was also named “The Caribbean’s Best Golf Course” by World Golf Awards as well as the #1 golf resort in the world by the International Association of Golf Tour Operators (IAGTO) for its collection of golf courses, professional facilities, luxury amenities, as well as its executive team’s commitment to service and exceeding guest expectations.

About Casa de Campo Resort & Villas
Casa de Campo Resort & Villas – a member of The Leading Hotels of the World – attracts affluent travelers with the offering of spacious hotel rooms, suites and luxury villas. Expect gourmet cuisine and fine wines and spirits throughout the destination’s restaurants and bars, a 370-slip Marina & Yacht Club, Polo & Equestrian Club, Jim Courier Tennis Center and 245-acre Shooting Club. Spanning 7,000 tropical acres on the southeastern coast of the Dominican Republic, this luxury Caribbean destination is also home to three of the game’s most difficult courses all designed by Pete Dye, including Teeth of the Dog, Dye Fore and Links. Casa de Campo is also home to Altos de Chavón – an artisan’s village modeled after a 16th century Mediterranean city with boutique shops, museums and a 5,000-seat Grecian-style amphitheater inaugurated by Frank Sinatra in August of 1982.

About Teeth of the Dog
Opened in 1971 and renovated in 2005, Teeth of the Dog is one of four Pete Dye’s designs at the Casa de Campo resort at La Romana on the southeast coast, and was the first Dominican Republic course to use the sea to dramatic effect, putting it on the global golfing map. Its name derives from the jagged rock formations jutting into the Caribbean on which Dye placed tees and greens. Three of its four par-3 holes play over waves to the greens. In total, it has seven holes next to the sea and 11 with ocean views.